In December 2016, Ruth Stone retired from her position as Laura Boulton Professor of Folklore and Ethnomusicology in the Department of Folklore and Ethnomusicology. Ruth is one of the most significant ethnomusicologists of her generation. Her ethnographies on the Kpelle of Liberia are required reading for scholars of African music, while her theoretical work has offered fundamental advances on core issues in the discipline. But Ruth’s contributions reach far beyond her abundant scholarly achievements. An exceptionally skilled administrator, Ruth has profoundly shaped both her home institution and her discipline. Also a deeply dedicated teacher, Ruth has influenced the careers and lives of an astonishing number of students.

Born in Nebraska, Ruth was raised in Liberia, where she spent mornings being home schooled and afternoons playing in the fields with Kpelle children. Her fluency in the Kpelle language and her fascination with Kpelle music and culture established a foundation for what would later become a long and distinguished career as a leader in ethnomusicology.

After completing her B.A. in 1966, Ruth enrolled in the M.A. program in musicology at Hunter College, where under the tutelage of Rose Brandel, she was exposed to ethnomusicology and began studying the music and people of her childhood. Pursuing her Ph.D. at Indiana University in the 1970s, Ruth trained with luminary ethnomusicologists Alan Merriam and Charles Boilès and folklorist Richard Dorson. Ruth’s 1979 dissertation established her as the first ethnomusicologist to engage phenomenological theory, a specialty for which she has continued to be regarded as a leader throughout her career.

Noteworthy for its theoretical framework synthesizing ideas from Merriam’s anthropology of music with social phenomenology and folkloristic performance theory, Ruth’s first book, Let the Inside Be Sweet (1982), pioneered a new approach in ethnomusicology by proposing the music event as an analytical unit of study. Ruth’s reputation as a leading theorist continued to grow in the wake of her innovative second book, Dried Millet Breaking (1988), which advanced new thinking on temporality in music experience through an analysis of a Kpelle epic performance. What distinguishes Ruth’s ethnographic work is its elegant fusion of Western theoretical models and deeply grounded Kpelle concepts, based in careful analysis of Kpelle language terms. Ruth is also lauded for the method she used to produce these rich analyses. A 1981 article she co-authored with her husband and field research partner, Verlon Stone, established the “feedback interview”—in which the researcher watches and co-interprets a videotaped performance with performers, recording this interview for later analysis—as a standard method in the field. Ruth has continued throughout her career to produce groundbreaking and standard-setting scholarship, from editing the Garland Encyclopedia of African Music (1997) to authoring the landmark treatise Theory for Ethnomusicology (2007). In all, she has published 11 books and more than 80 articles, book chapters, and other writings.

But Ruth is renowned for far more than the impressive quality and quantity of her publications. She has also long been known as a committed mentor who works tirelessly in support of graduate students both during and after their tenure of study at Indiana University. Ruth has chaired more than 75 dissertation committees and served as a member on many more, and her former students occupy positions at major academic institutions all over the world.

Ruth’s commitment to professional service is no less passionate, and she has translated this belief into institution-building action throughout her career. In this realm, she will be remembered for solidifying ethnomusicology’s place in the academy and for service motivated by her visionary grasp of both problems and possibilities related to technology in the arts and humanities and in the academy at large. Highlights of her international service include a term as president of the Society for Ethnomusicology (1995-1997) and co-founding and co-directing the Mellon-funded EVIA Digital Archive (2000-present), an enormous online repository of ethnographic video used by researchers and teachers around the world. Here at IU, Ruth’s many administrative appointments have included terms as chair of the Department of Folklore and Ethnomusicology (1995-99, 2003-05), director of the Ethnomusicology Institute (2000-05, 2014-15), director of the Archives of Traditional Music (1988-95, 2000-01), director of the Institute for Digital Arts and Humanities (2007-09, 2010-14), and associate vice provost for research (2007-14). In this latte role, Ruth planted the seeds and nurtured the early growth of what would become the Media Digitization and Preservation Initiative, the $15-million, groundbreaking effort to digitally preserve the entire media holdings of the IU Bloomington campus.

Of the many awards that Ruth has received during her career, two stand out as exceptional markers of the extent of her contributions both to her discipline and to IU. In 2013, in recognition of extraordinary service to the society and the field of ethnomusicology, Ruth was named an Honorary Member of the Society for Ethnomusicology. Then in 2014, Ruth’s contributions to the academic mission of IU were recognized when she was awarded the Provost’s Medal, the highest honor bestowed by the IU Office of the Provost.

While our focus today is celebrating her professional accomplishments, Ruth is also well known locally as an ever-supportive, humane, and generous colleague and friend; loving wife of Verlon; nurturing mother of Angela; and mother-in-law of Keith. A master prioritizer, Ruth Stone is a superlative model of the successful balance of profession and people in her life. Though she will be deeply missed, we wish her happiness and health as she enters life’s next phase. 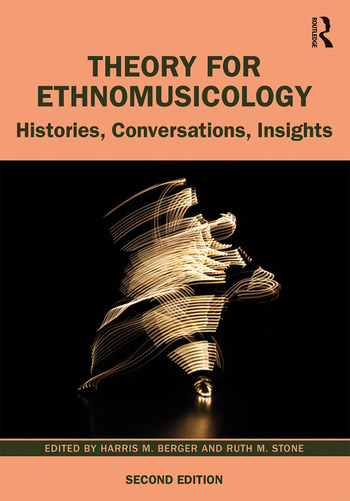 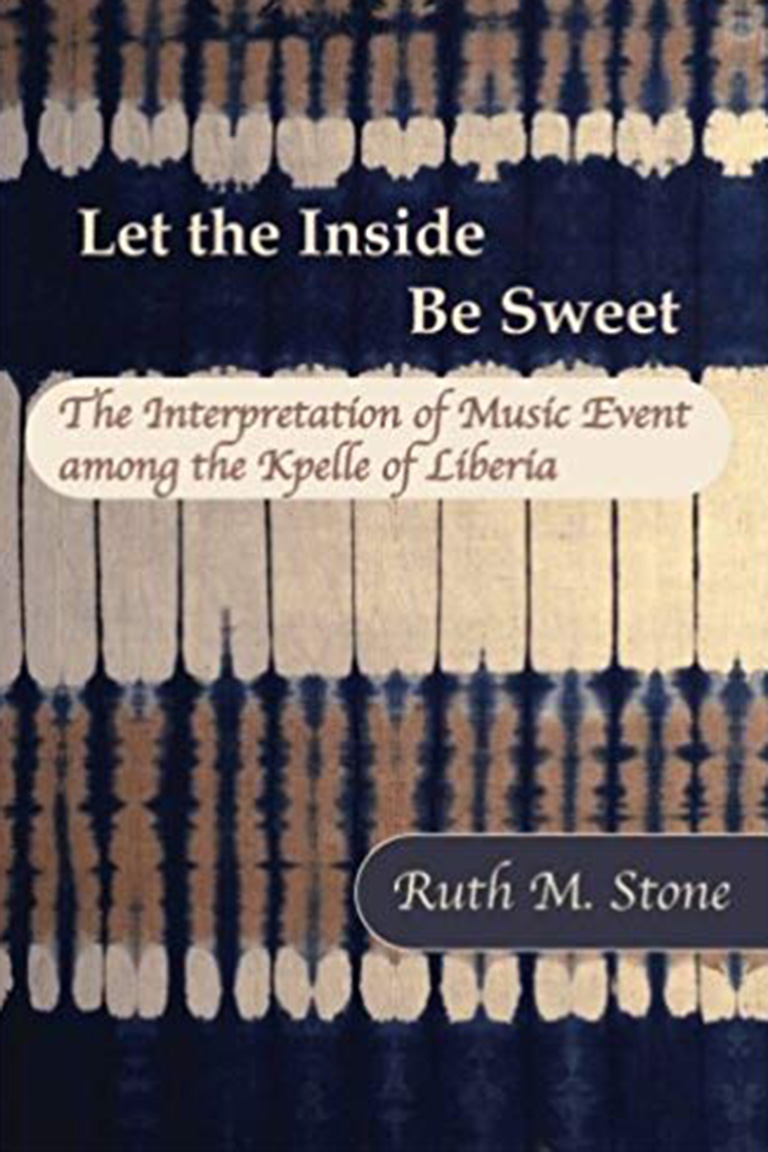 Let the Inside Be Sweet

The Interpretation of Music Event among the Kpelle of Liberia (reprint) 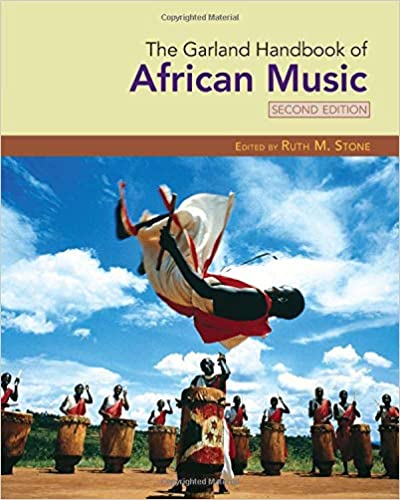 The Garland Handbook of African Music 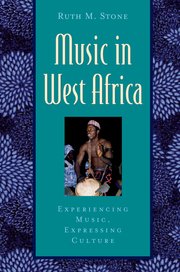 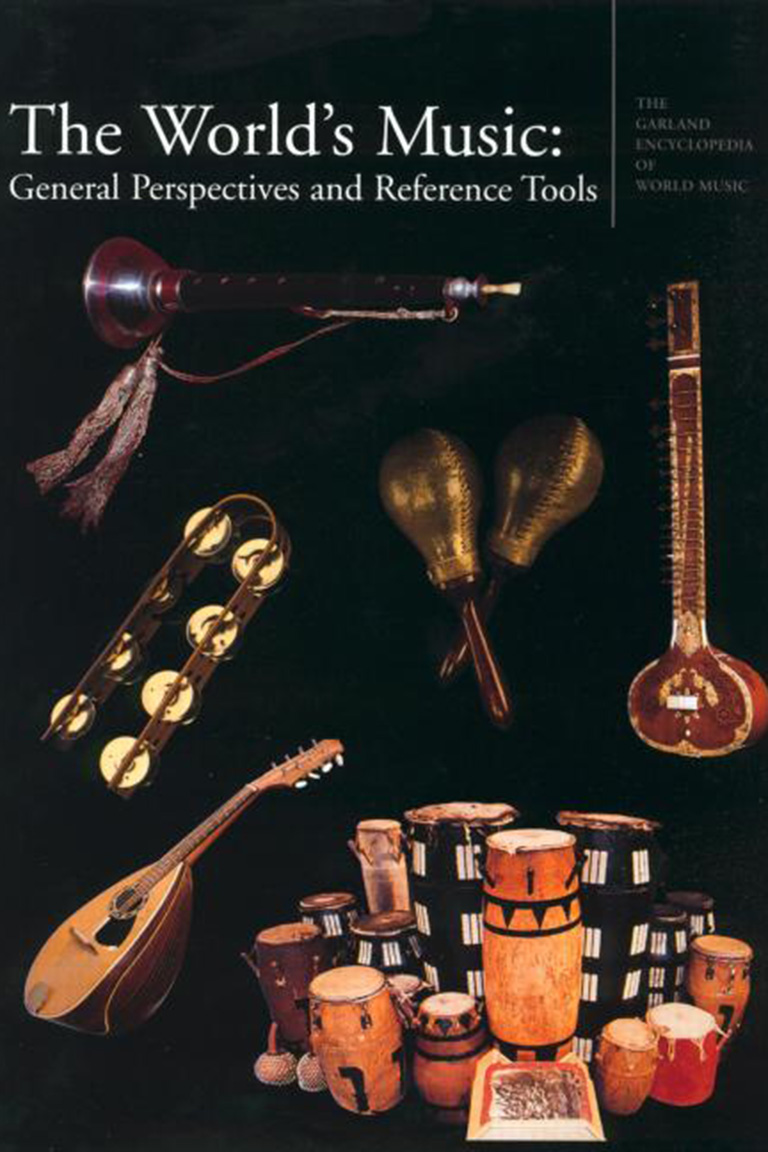 Time, Words, and Song in the Woi Epic of the Kpelle