Let us trace the career of a man so bold and bright that he has written original and brilliant books on the two most written about writers in our tradition: Homer and Shakespeare.

All of Bill Hansen's grandparents emigrated from Denmark and settled in California. His paternal grandfather was a writer. Knowing both Latin and Greek, he published handbooks for the Old and New Testaments. Though he is the one with whom Bill might have connected——a man who hired a Dane to run his farm while he read in the shade——he was killed in a car wreck before Bill was born. But at the edge of Fresno, the grandparental homes stood nearby, and they were filled with beautiful books, leather-bound and lush with engravings, which seemed to Bill as marvelous, as enticing and distant, as the Denmark from which they came. Moving between the Danish community of the elders and the life around him in California, Bill led a bicultural existence, becoming excited by the nuances of social difference. That excitement increased and grew complicated when he worked in his parents’’ old-fashioned grocery store in Sanger, a town dominated by Mexican immigrants. His early exposure to spoken Danish gave him a gift in language; he mastered colloquial Spanish and developed an abiding fondness for Mexican music.

Art was his love, he drew and painted incessantly, but it seemed no way to make a living, and when he went to Berkeley he thought that anthropology, the science of culture, might become his profession, or language, or philosophy, but he found Joseph Fontenrose. A classicist whose radical politics comforted Bill, whose wide mind excited him, Fontenrose became his mentor, and Bill followed him into graduate school in classical studies at Berkeley. The bohemian life suited him. The place and the time were exciting. Bill was active in the Free Speech Movement and in the movement to end the cruel war in Vietnam. Fontenrose supported him, directing his study, and Alan Dundes, the greatest folklorist of our time, who received the Ph.D. at Indiana, invited him into his seminar on the folktale.

Beguiled by narrative, interested in both classics and folklore, Bill, with his new Ph.D. in hand, chose the least secure of his three job offers and came to Indiana in 1970, when he was 29. He has taught here ever since, and he was lucky, he says, for he was the classicist of his generation with the deepest interest in folklore, and at Indiana he could teach in a fine department of classical studies while maintaining as well a connection to the renowned Folklore Institute.

All of Bill Hansen’’s books, and the bulk of his multitudinous articles, express his dual concern for classics and folklore. In the first of his books, The Conference Sequence, he built upon the oral-formulaic theory of Milman Parry and Albert Lord, discovering the middle-range structures that lie in

epics between the level of the formula and the level of the architecture of the whole. In his close study of The Odyssey, Bill solved the problem of Homer’’s inconsistencies and drew scholarly attention to narrative patterning.

Bill shaped his first book out of his dissertation, but his original plan for his dissertation was to compare Danish and classical legends. That comparative work gave him a chance to live in Denmark, to perfect his Danish and feel the pulse of common life in his grandparents’’ place, and then in his second book,

Saxo Grammaticus and the Life of Hamlet, he tracked the Danish origins and permutations of the tale that Shakespeare made into Hamlet.

Back in graduate school Bill had begun taking notes on the parallels between the widely-distributed folktales of Europe and the narratives of antiquity. That fascination has never left him, and it has yielded a masterpiece, Ariadne’’s Thread, that has received magnificent reviews; it is already established as a classic of folkloristic research.

Two books have carried him into the unknown territory of the popular literature of ancient days: Phlegon of Tralles’’ Book of Marvels and Anthology of Ancient Greek Popular Literature. Though popular literature has been theorized as a function of the printing press and mass readership, Bill has proved that it is a taste, a taste for the tawdry and salacious, the grotesque and sensational, that abides in the human spirit rather than in the technologies of mass production.

In his most recent book, Handbook of Classical Mythology, he again combines the insights of folklore with the philological tradition of classics to recapture the narrative qualities and cultural significance of the Greek and Roman myths.

All of this work has demanded great linguistic and analytic skill. It is all startlingly fresh and elegantly written with a clarity he attributes to years of reading the terse, tough sagas of the north. Bill is so serious about writing that he has compiled a useful guide for scholarly writers, Writing and Publishing Handbook, and he is so fine a writer that he was charged to produce the guidelines for historic preservation in the city of Bloomington. His interest in historic preservation rose out of his restoration of the lovely old house that he shares with his beautiful wife, Mary Beth, on Bloomington’’s near west side.

Bill Hansen has served his city and his university. A complaint to the administration turned an old Berkeley radical into an associate dean of the faculties, a position he held from 1986 to 1992. He has served two terms as the chair of classical studies, and with his dear friend, Gregory Schrempp of the Department of Folklore and Ethnomusicology, he mounted an excellent conference and edited an excellent book on myth—— Myth: A New Symposium——and founded the Program in Mythology Studies at Indiana University.

Now plenty of time remains for more work on Homer, more work on the folktales of antiquity, and for new drawings and paintings in his whimsical, witty style. 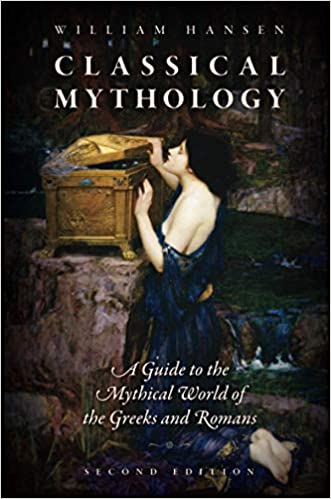 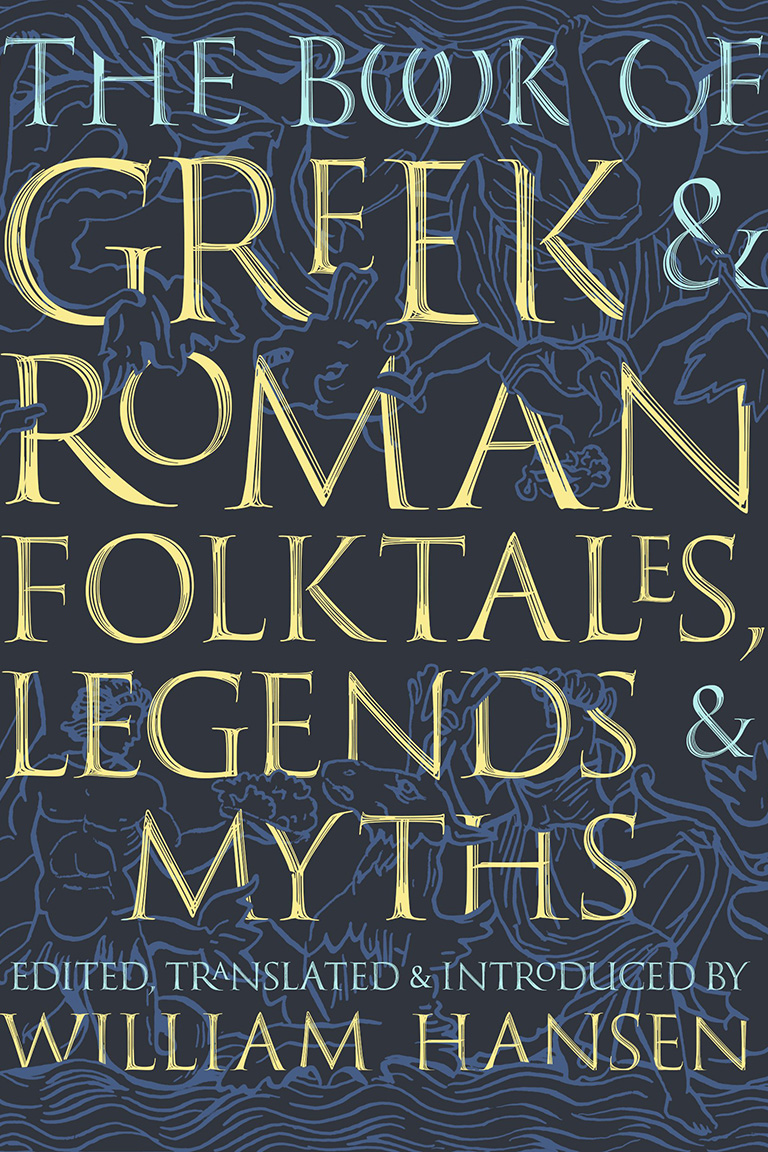 The Book of Greek and Roman Folktales, Legends, and Myths 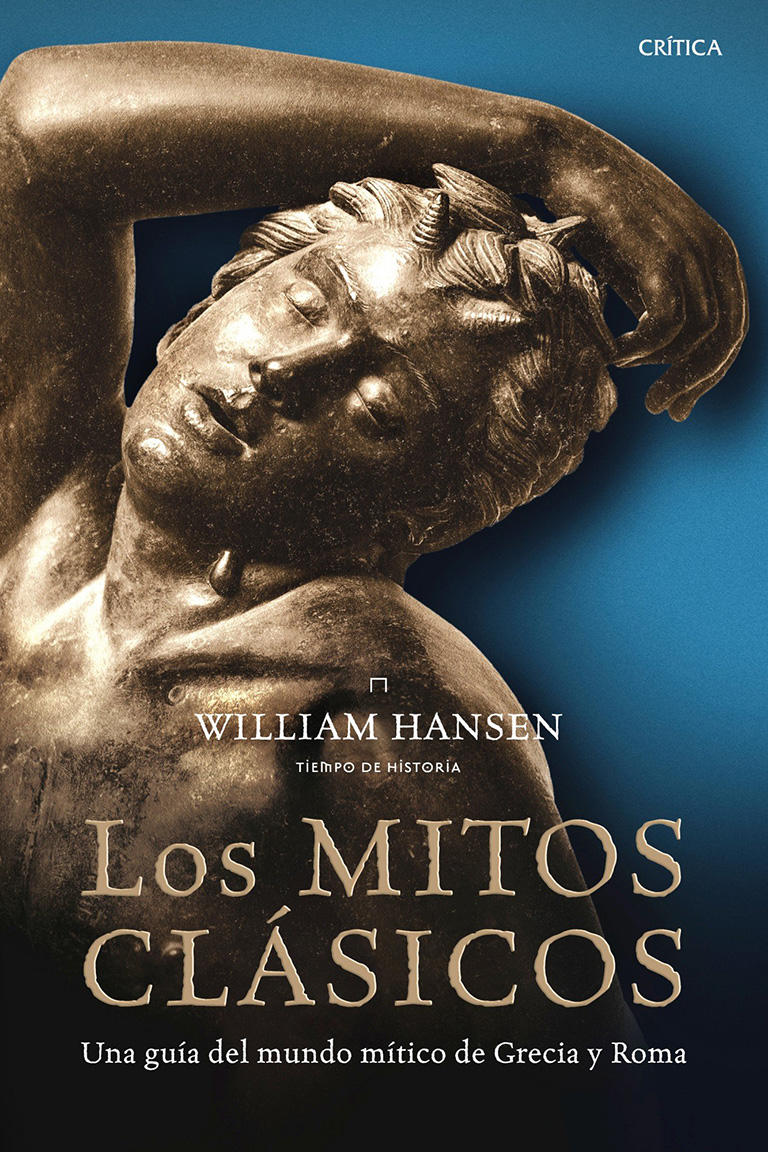 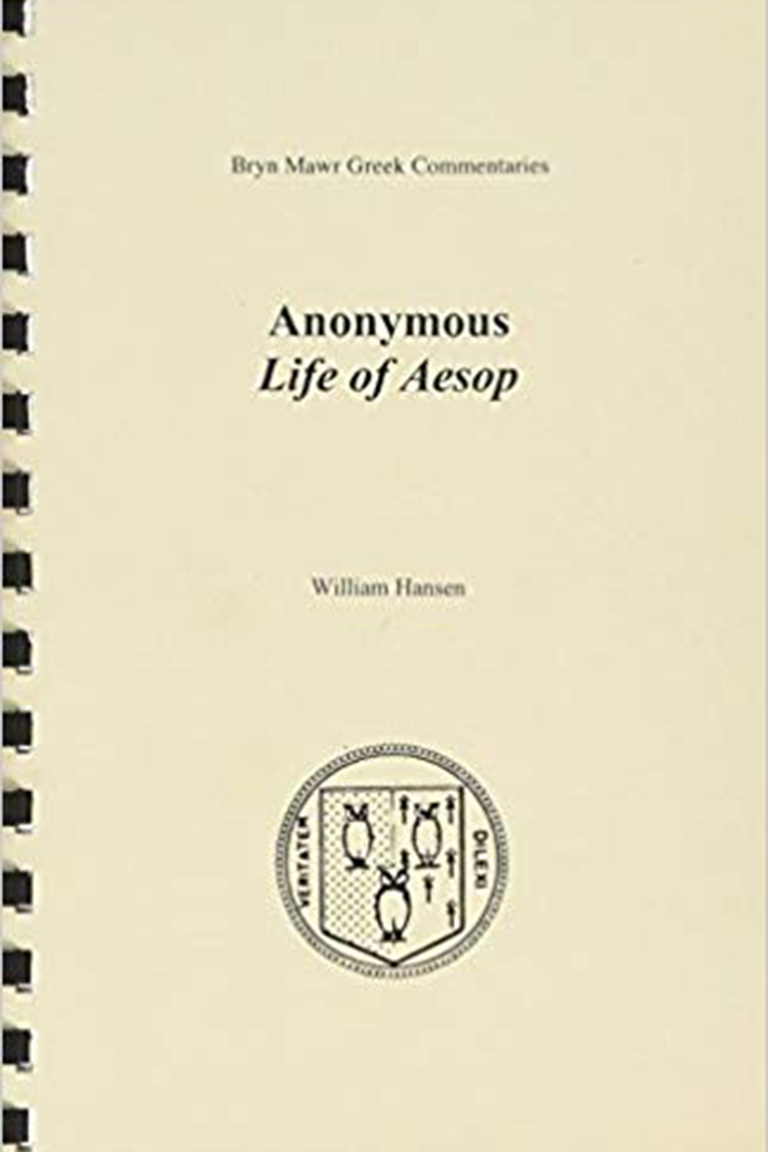 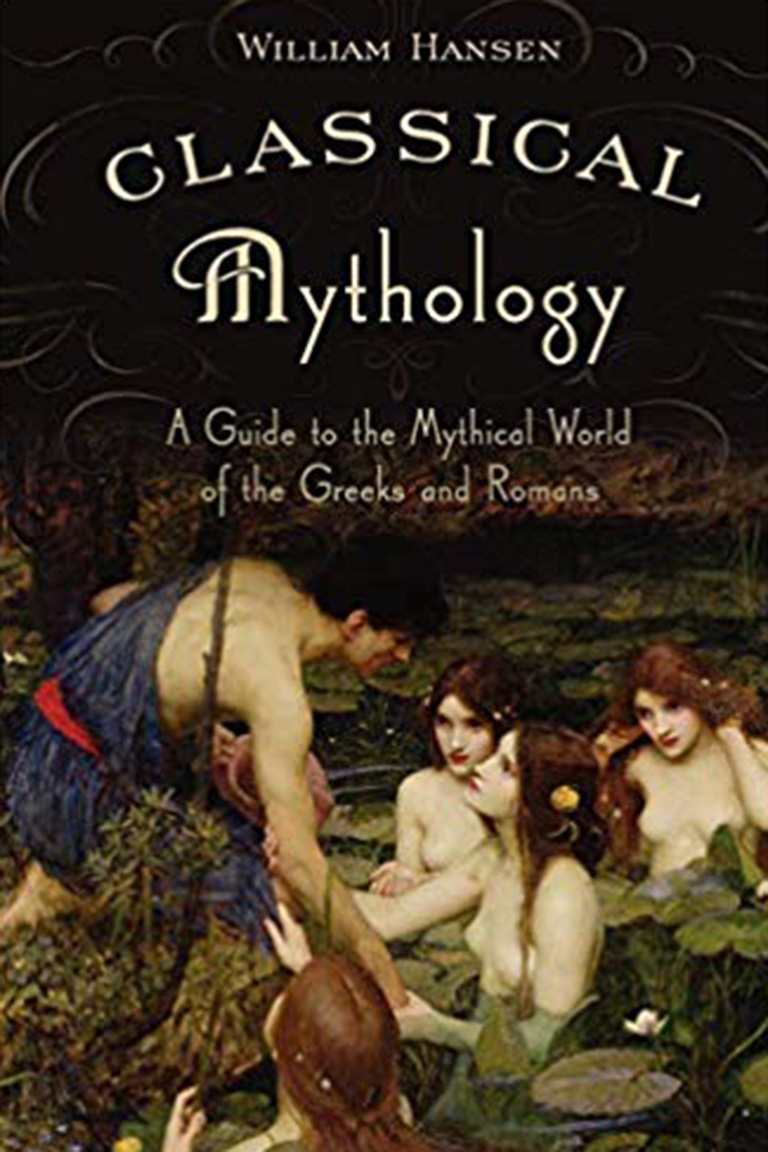 A Guide to the Mythical World of the Greeks and Romans 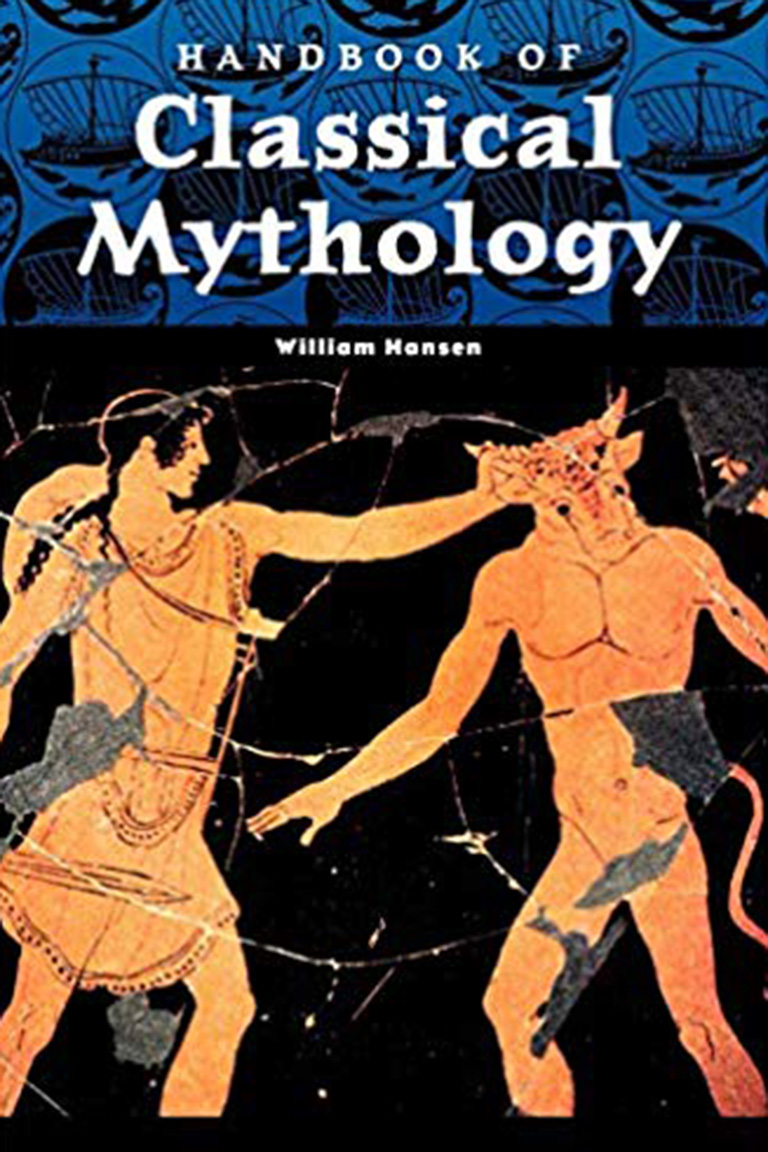 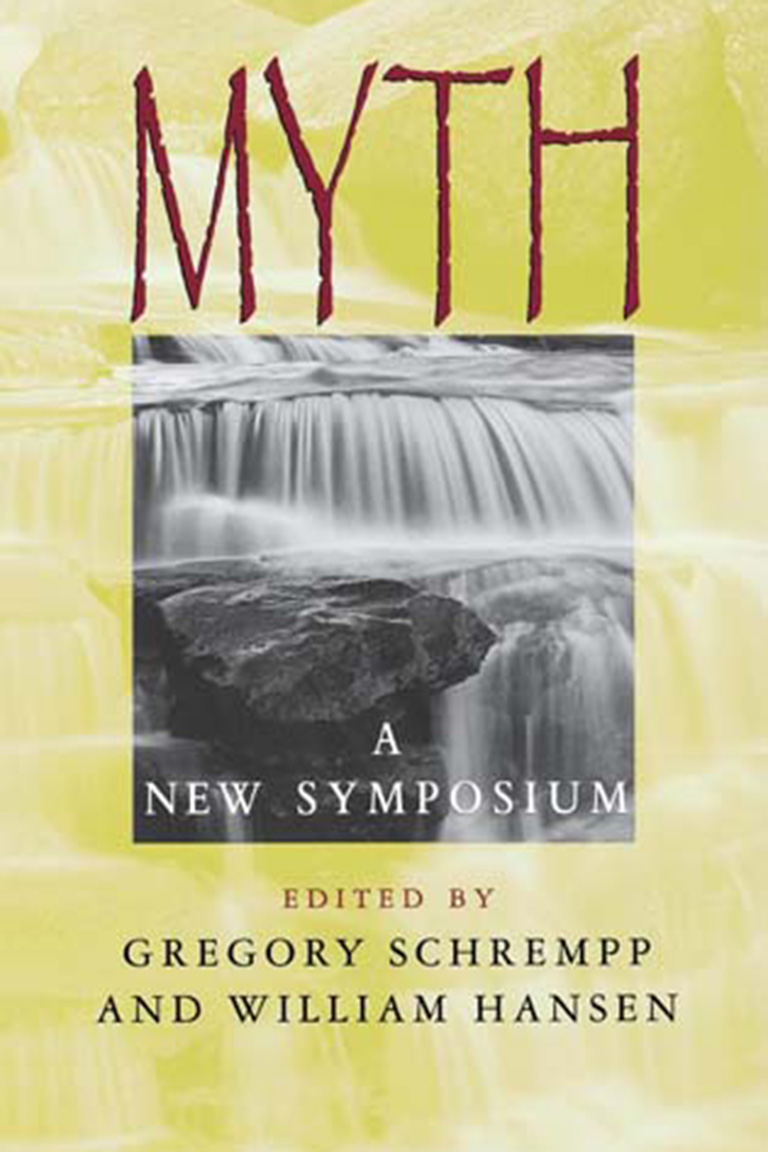 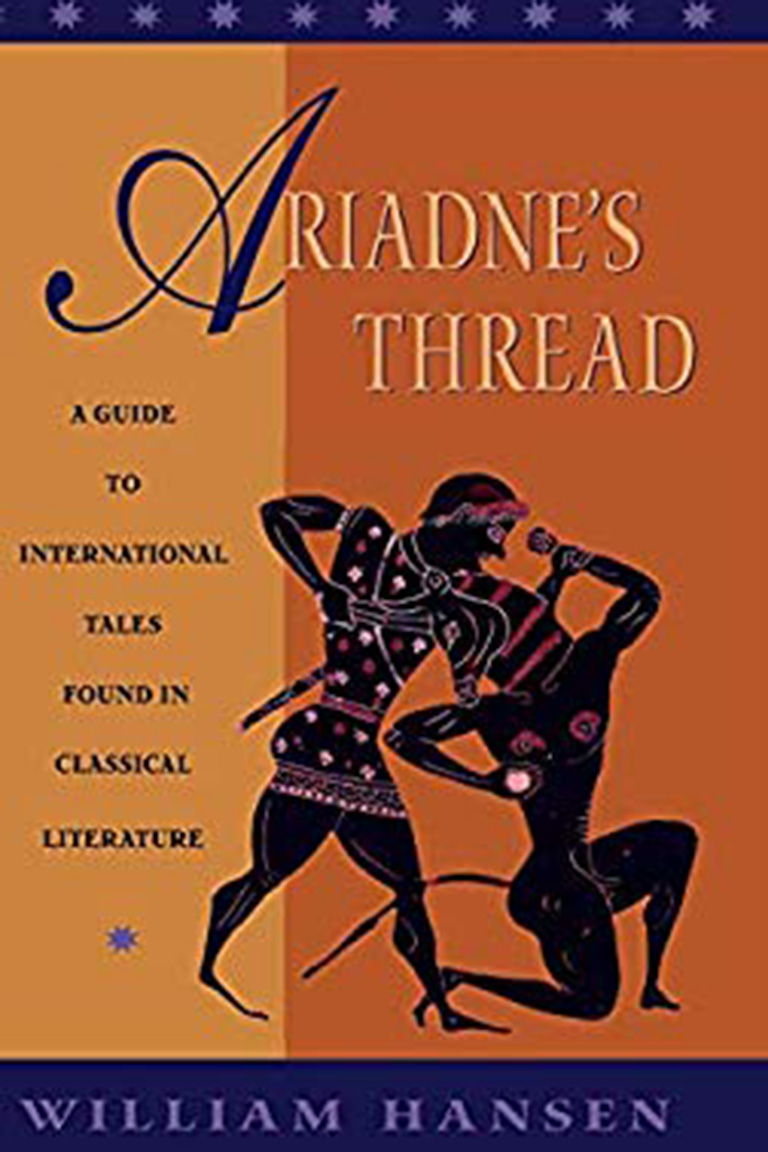 A Guide to International Tales Found in Classical Literature 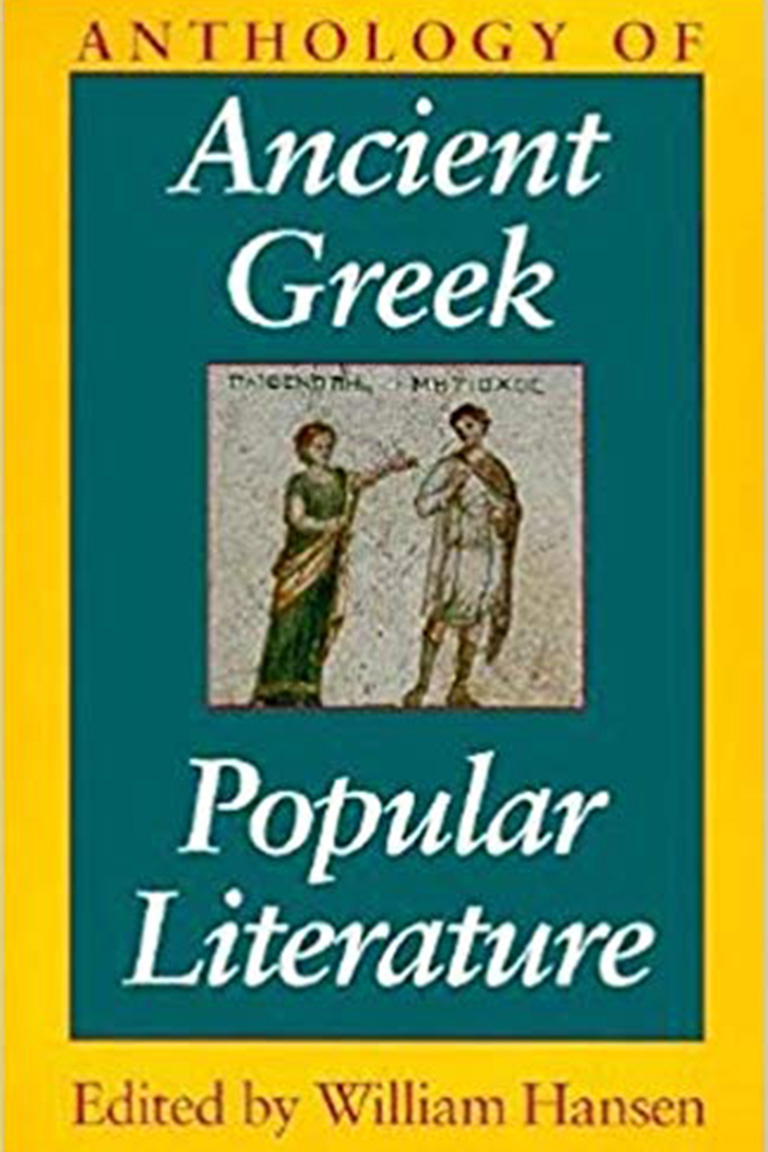 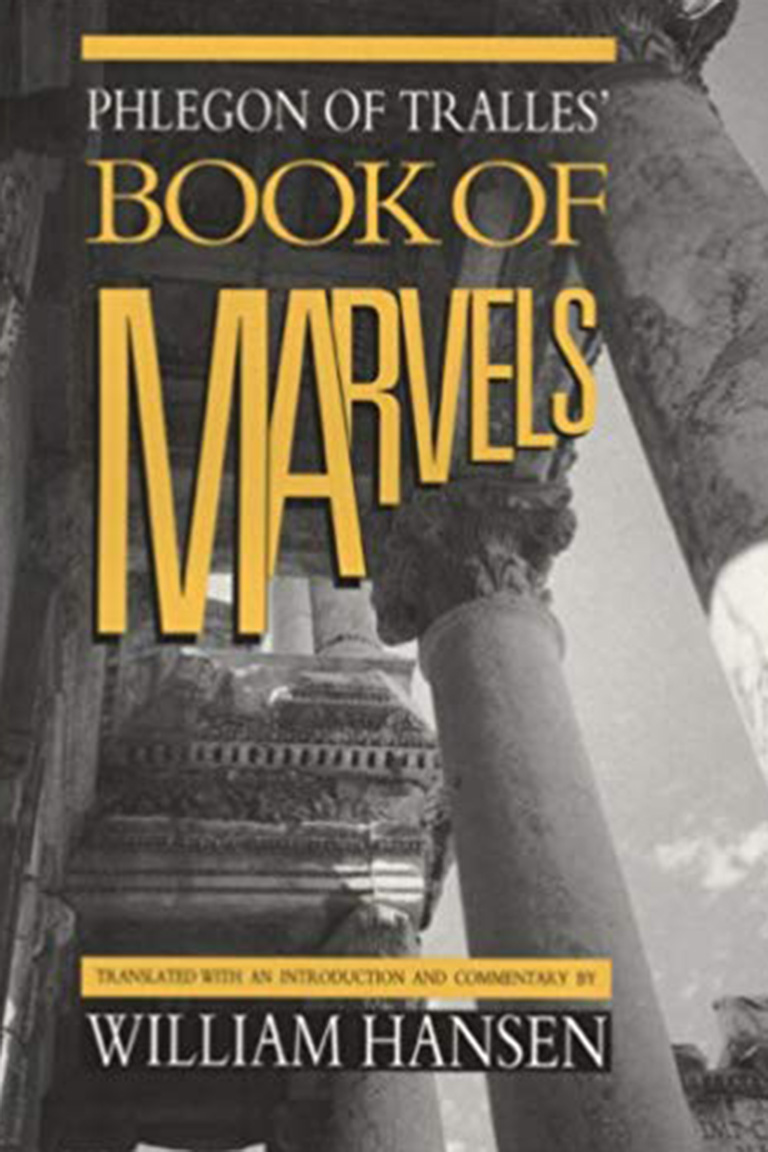 Phlegon of Tralles’ Book of Marvels 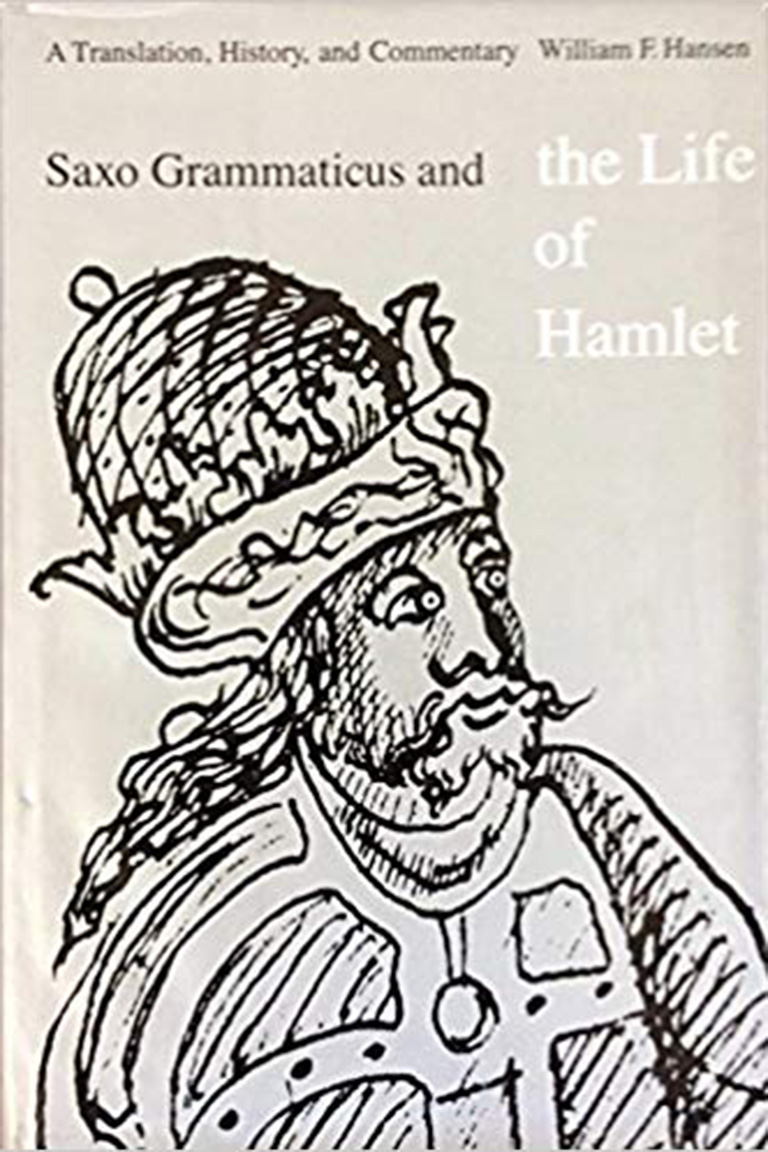 Saxo Grammaticus and the Life of Hamlet