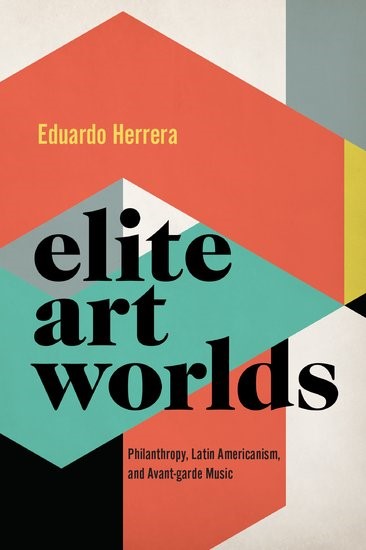 The Centro Latinoamericano de Altos Estudios Musicales (CLAEM) in Buenos Aires operated for less than a decade, but by the time of its closure in 1971 it had become the undeniable epicenter of Latin American avant-garde music. Providing the first in-depth study of CLAEM, author Eduardo Herrera tells the story of the fellowship program--funded by the Rockefeller Foundation and the Di Tella family--that, by allowing the region's promising young composers to study with a roster of acclaimed faculty, produced some of the most prominent figures within the art world, including Rafael Aponte Ledeé, Coriún Aharonián, and Blas Emilio Atehortúa.

Combining oral histories, ethnographic research, and archival sources, Elite Art Worlds explores regional discourses of musical Latin Americanism and the embrace, articulation, and resignification of avant-garde techniques and perspectives during the 1960s. But the story of CLAEM reveals much more: intricate webs of US and Argentine philanthropy, transnational currents of artistic experimentation and innovation, and the role of art in constructing elite identities. By looking at CLAEM as both an artistic and philanthropic project, Herrera illuminates the relationships between foreign policy, corporate interests, and funding for the arts in Latin America and the United States against the backdrop of the Cold War.