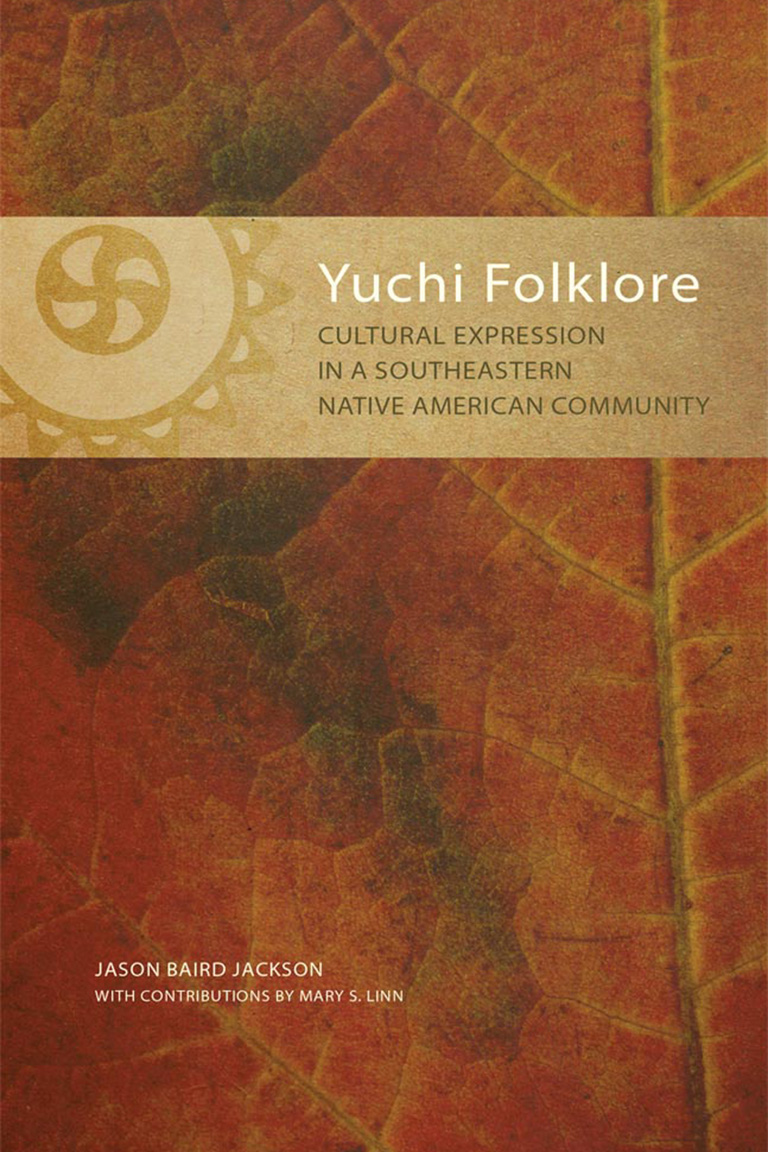 In countless ways, the Yuchi (Euchee) people are unique among their fellow Oklahomans and Native peoples of North America. Inheritors of a language unrelated to any other, the Yuchi preserve a strong cultural identity. In part because they have not yet won federal recognition as a tribe, the Yuchi are largely unknown among their non-Native neighbors and often misunderstood in scholarship. Jason Baird Jackson’s Yuchi Folklore, the result of twenty years of collaboration with Yuchi people and one of just a handful of works considering their experience, brings Yuchi cultural expression to light.

Yuchi Folklore examines expressive genres and customs that have long been of special interest to Yuchi people themselves. Beginning with an overview of Yuchi history and ethnography, the book explores four categories of cultural expression: verbal or spoken art, material culture, cultural performance, and worldview. In describing oratory, food, architecture, and dance, Jackson visits and revisits the themes of cultural persistence and social interaction, initially between Yuchi and other peoples east of the Mississippi and now in northeastern Oklahoma. The Yuchi exist in a complex, shifting relationship with the federally recognized Muscogee (Creek) Nation, with which they were removed to Indian Territory in the 1830s.

Jackson shows how Yuchi cultural forms, values, customs, and practices constantly combine as Yuchi people adapt to new circumstances and everyday life. To be Yuchi today is, for example, to successfully negotiate a world where commercial rap and country music coexist with Native-language hymns and doctoring songs. While centered on Yuchi community life, this volume of essays also illustrates the discipline of folklore studies and offers perspectives for advancing a broader understanding of Woodlands peoples across the breadth of the American South and East.