Children, Folklore, and Sciences of Perception 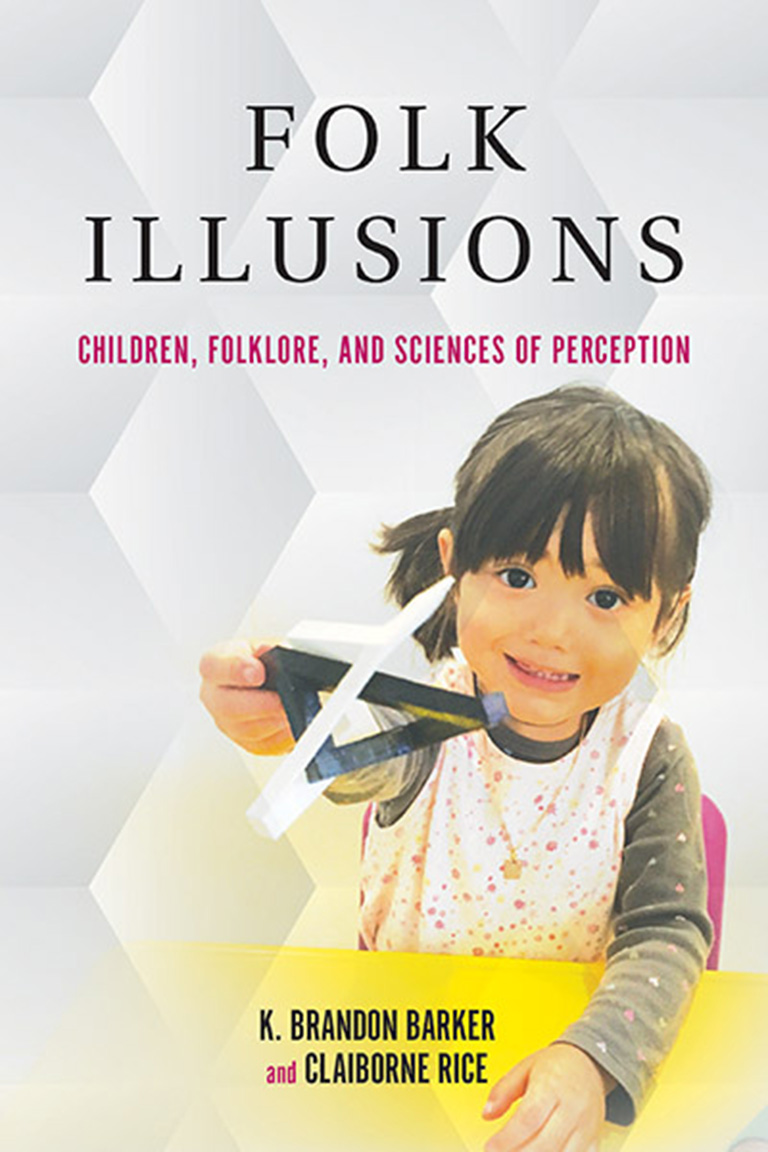 Wiggling a pencil so that it looks like it is made of rubber, "stealing" your niece's nose, and listening for the sounds of the ocean in a conch shell– these are examples of folk illusions, youthful play forms that trade on perceptual oddities. In this groundbreaking study, K. Brandon Barker and Clairborne Rice argue that these easily overlooked instances of children's folklore offer an important avenue for studying perception and cognition in the contexts of social and embodied development. Folk illusions are traditionalized verbal and/or physical actions that are performed with the intention of creating a phantasm for one or more participants. Using a cross-disciplinary approach that combines the ethnographic methods of folklore with the empirical data of neuroscience, cognitive science, and psychology, Barker and Rice catalogue over eighty discrete folk illusions while exploring the complexities of embodied perception. Taken together as a genre of folklore, folk illusions show that people, starting from a young age, possess an awareness of the illusory tendencies of perceptual processes as well as an awareness that the distinctions between illusion and reality are always communally formed.