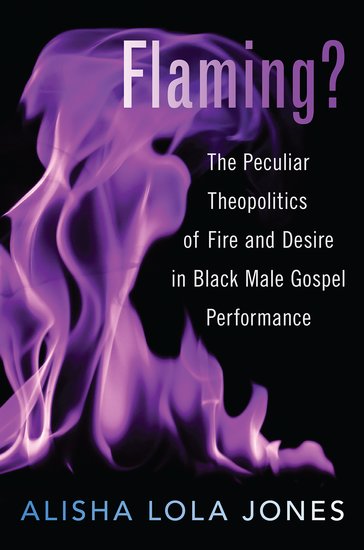 Male-centered theology, a dearth of men in the pews, and an overrepresentation of queer males in music ministry: these elements coexist within the spaces of historically black Protestant churches, creating an atmosphere where simultaneous heteropatriarchy and "real" masculinity anxieties, archetypes of the "alpha-male preacher", the "effeminate choir director" and homo-antagonism, are all in play. The "flamboyant" male vocalists formed in the black Pentecostal music ministry tradition, through their vocal styles, gestures, and attire in church services, display a spectrum of gender performances - from "hyper-masculine" to feminine masculine - to their fellow worshippers, subtly protesting and critiquing the otherwise heteronormative theology in which the service is entrenched. And while the performativity of these men is characterized by cynics as "flaming," a similar musicalized "fire" - that of the Holy Spirit - moves through the bodies of Pentecostal worshippers, endowing them religio-culturally, physically, and spiritually like "fire shut up in their bones".

Using the lenses of ethnomusicology, musicology, anthropology, men's studies, queer studies, and theology, Flaming?: The Peculiar Theo-Politics of Fire and Desire in Black Male Gospel Performance observes how male vocalists traverse their tightly-knit social networks and negotiate their identities through and beyond the worship experience. Author Alisha Jones ultimately addresses the ways in which gospel music and performance can afford African American men not only greater visibility, but also an affirmation of their fitness to minister through speech and song.