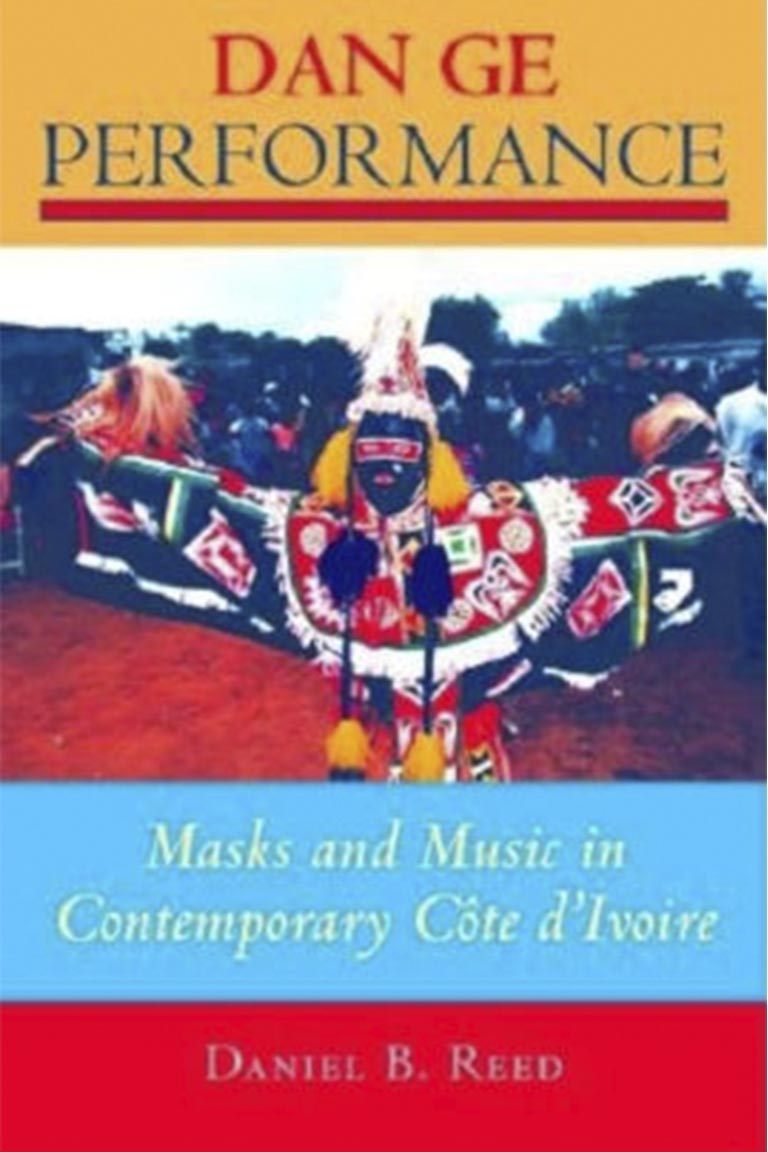 Ge, formerly translated as "mask" or "masquerade," appears among the Dan people of Côte d’Ivoire as a dancing and musical embodiment of their social ideals and religious beliefs. In Dan Ge Performance, Daniel B. Reed sets out to discover what resides at the core of Ge. He finds that Ge is defined as part of a religious system, a form of entertainment, an industry, a political tool, an instrument of justice, and a form of resistance—and it can take on multiple roles simultaneously. He sees genu (pl.) dancing the latest dance steps, co-opting popular music, and acting in concert with Ivorian authorities to combat sorcery. Not only are the bounds of traditional performance stretched, but Ge performance becomes a strategy for helping the Dan to establish individual and community identity in a world that is becoming more religiously and ethnically diverse. Readers interested in all aspects of expressive culture in West Africa will find fascinating material in this rich and penetrating book.